Facture and Condition: This very finely crafted bust was cast by the lost wax method. Almost all of the detail is cast-in, and there is minimal after-working. The surface of the bronze retains traces of both dark brown- black lacquers and antico verde patination. This bust has even, thin walls and the method of facture is similar to that developed by Antico in Mantua in the late fifteenth century.2 As with Antico’s figure of Spinario,3 a large, solid-cast, bronze spigot is cast-in to the bottom of the present bust. This spigot protrudes from the underside of the elaborate, strap-worked strut at the back of the bronze plinth on which the bust stands.4 The spigot would have located the bust on its original socle, which was probably of marble.


This fine all’antica Renaissance bronze bust is after the marble head known as Marius in the Museo Chiaramonti (inv. no. 1488), in the Vatican.5 Formerly described as a Republican portrait of the first century AD, the marble head in the Vatican has more recently been ascribed to the first century BC.6 Historically, the head was paired with another ancient marble known variously as Sulla or Cato. Both of these antique marble heads were designed to be fitted into busts of either multi-coloured marble or of (possibly gilded) bronze.
Both antique heads were purchased for the Museo Chiaramonti in 1824 from the Marchesi Origo,7 to whom they had passed by descent from the Roman Rondinini family in the eighteenth century (then described as busts).8
The provenance of the antique Marius and Sulla is confirmed by the Diario Napoletano di Cassiano dal Pozzo of 1639-1640, where they are described as being in the Rondinini collection.9 Their earlier history is slightly less certain, but heads of Marius and Sulla are recorded to have belonged to Bishop Gerolamo Garimberto in the second half of the sixteenth century.10 Garimberto (Parma, 1506-1575, Rome),11 a respected antiquarian, had an important collection of antiquities in his residence in the Gaddi Palace on Montecitorio, Rome.
In 1569 the Marius was amongst the ancient statuary from Garimberto’s collection that Otto Truchsess offered for sale to Albrecht V, Duke of Bavaria, in Munich;12 this is the earliest known record of a bust of Marius. Several years later, in 1576, heads representing Marius and Sulla were again being offered to Albrecht V: “Etliche Ratsherrenköpfe sind auch darunter, als nämlich … Marii, Sillae, Fausti, so des Sillae Sohn”.13 Many of these marbles, if not all of them, had belonged to Bishop Garimberto, who had died the previous year. Garimberto’s two marble heads (teste di marmo) of Marius and one of Sulla were eventually sold by Orazio Muti to Emmanuel Philibert, Duke of Savoy. They are recorded in an inventory of 1583, still in Rome, pending shipment to Piedmont.14
Although Canova was said to have restored the head of Marius in the latter part of the eighteenth century, it has recently been established that the restoration was in fact carried out by the Swiss sculptor, Alexander Trippel (1744-1793), towards the end of the twenty years that he lived and worked in Rome.15 Trippel also carved a marble copy (with variations) of the Marius in 1789, which is now in the Nationalgalerie, Berlin. In his replica, Trippel resolved the truncation of Marius quite differently from the sculptor of our bronze. Trippel included a larger expanse of chest than in the antique in the Vatican, but considerably less than in the present bronze. The style and superb modelling of the present bronze bust, particularly the pointed, slightly upturned shoulders, recall the portrait bust of Andrea Mantegna in the chapel of San Giovanni Battista in Sant’ Andrea, Mantua.16 Significantly, however, the eyes were left blank in the present bust, whereas the pupils of Mantegna’s eyes were drilled, and, according to Amadei in the eighteenth century, were originally set with diamonds.17 Mantegna's hair is longer and is more finely worked than Marius’ shorter locks. The truncation of the two busts is very similar, although the Mantegna is slightly narrower at the bottom to fit within the curve of the roundel. The attribution of the bust of Mantegna has been widely discussed: more recently Radcliffe convincingly argued that we should revert to Scardeone’s statement of 1560 “that Mantegna had cast the bronze bust himself”.18
The provenance of the Vatican marble, as outlined above, might seem to indicate that the present Renaissance bronze bust of Marius was cast in Rome. While it might therefore be tempting to attribute it to one of the della Porta family (Tommaso, Giovanni Battista or Guglielmo), who are known to have made bronze busts in Rome after the antique for the Farnese family,19 its style refutes this. Indeed, the facture of this bust would seem to indicate knowledge of the casting techniques developed in Mantua at the end of the fifteenth century, and the modelling coincides most closely with the bust of Mantegna. Plaster casts of antiquities are known to have existed in northern Italy by 1527 from the painting of Andrea Odoni by Lorenzo Lotti (Royal Collection, Hampton Court).20 The artist of the present bust may well have used such a plaster copy as his model.21 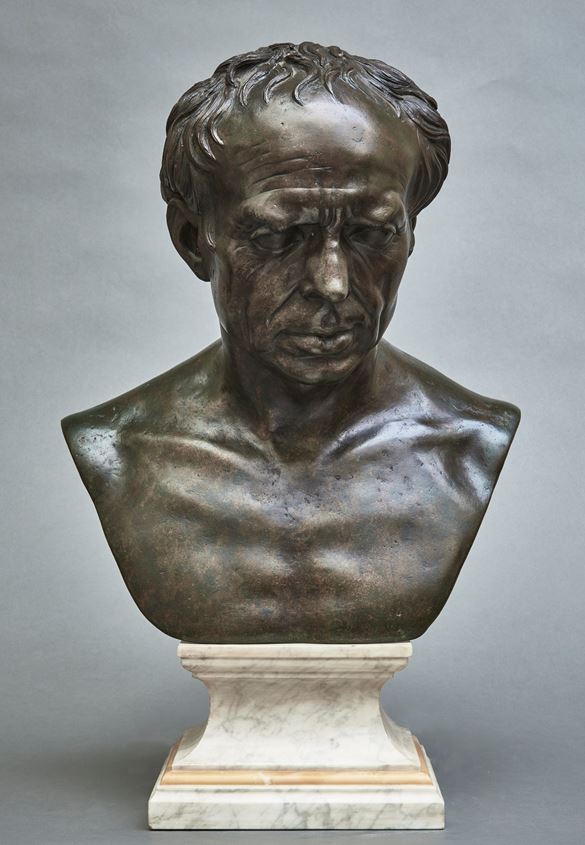 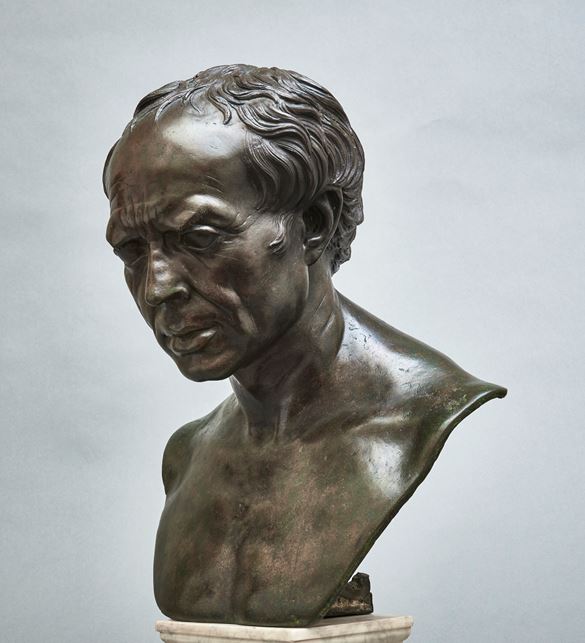 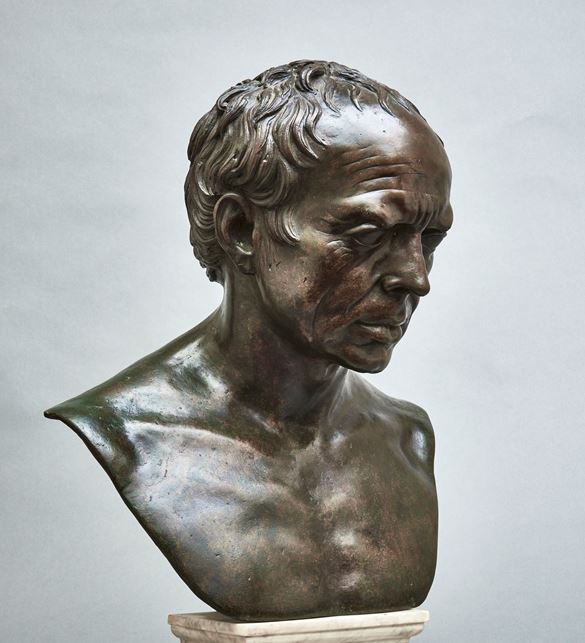